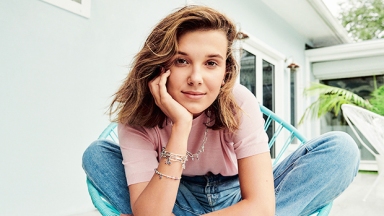 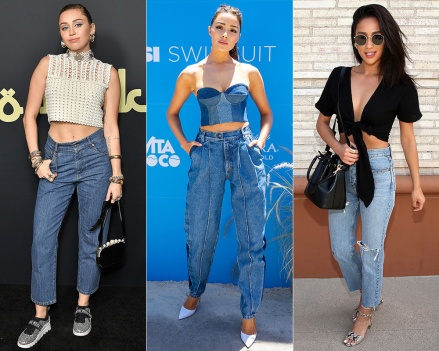 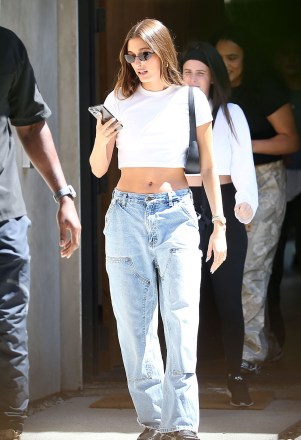 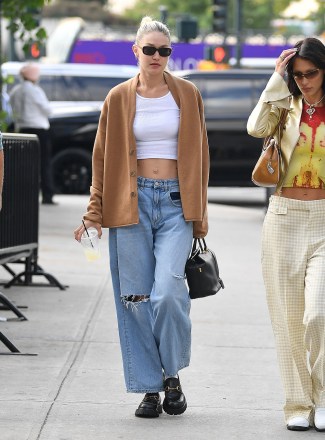 Millie Bobby Brown may have British roots, but she looked like an All-American girl in her latest Instagram on Sep. 22, 2022. The 18-year-old Stranger Things actress turned up the heat while posing near a sunburnt pasture wearing just jeans and a bra in the new photo.

Millie was in full model mode in the sultry snap. In it, she leaned on a rustic wooden fence with her baggy, ripped blue jeans unbuttoned and folded down to reveal her flat abs. The Spain-born talent perched herself between the makeshift fence’s slats, elongating her already svelte figure.

Up top, the Enola Holmes actress framed her cleavage with a classic, white cotton bra. Looking cool, she twisted her butter blonde locks into a messy-chic bun and popped on a pair of round, retro shades. “Blue jean white tee,” Millie captioned the post, adding a “<3” for good measure. 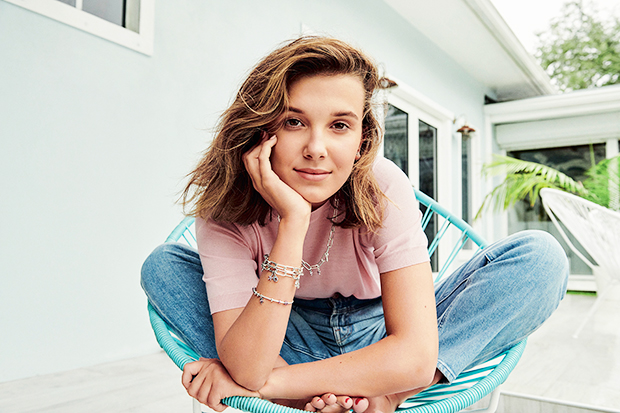 Millie’s sexy selfie comes after she teamed up with a pop icon to poke fun at a beloved music video from the 90s. The legendary Mariah Carey, 53, enlisted the actress to recreate the sultry opening scene of her 1997 music video for “Honey”. She was joined by MC’s 11-year-old twins Monroe and Moroccan in the bit, which featured the ladies — and later the twins — reciting the iconic lines. Millie’s boyfriend Jake Bongiovi and Mariah’s other half Bryan Tanaka joined in on the action too.

Millie and Jake have been basically inseparable since they began dating in fall of 2021. And it seems the son of rocker Jon Bon Jovi is ready to support his love through whatever. The longtime actress recently enrolled at Purdue University in West Lafayette, Indiana, and Jake is said to be “so proud” of his love as she pursues her education while filming the fifth and final season of Stranger Things.

“Although Millie and Jake made their red carpet debut a few months ago, they’ve been dating for a while before that and so things have become pretty serious between them over time,” one source EXCLUSIVELY told HollywoodLife. “Jake is so proud of Millie for pursuing her education because he knows how much this means to her. Although the college is located in Indiana, at the moment she’s only taking online classes.”