Amanda Kloots’ next ‘DWTS’ performance will be a special one. Ahead of the September 27 episode, Amanda revealed she was dedicating her newest dance to her late husband, who passed away in 2020.

The Talk co-host Amanda Kloots is already one to watch on Dancing With the Stars. Her first performance earned a 28 out of 40 for her first dance of season 30. Amanda and partner Alan Bersten will hit the ballroom once again on September 27 with a dance dedicated to Amanda’s late husband, Broadway actor Nick Cordero. 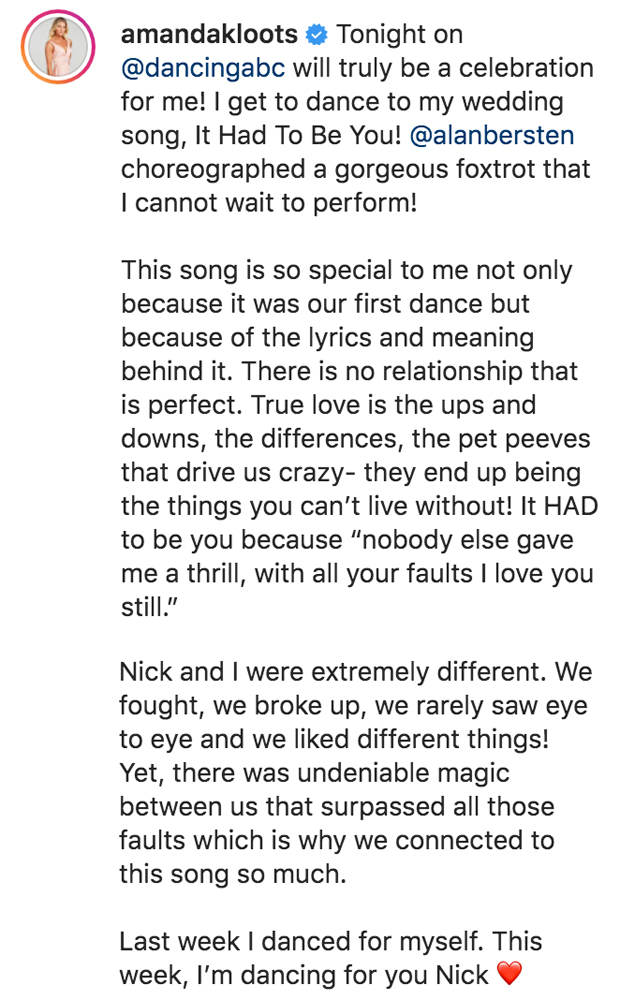 “Tonight on @dancingabc will truly be a celebration for me! I get to dance to my wedding song, It Had To Be You!” Amanda wrote on Instagram. “@alanbersten choreographed a gorgeous foxtrot that I cannot wait to perform! This song is so special to me not only because it was our first dance but because of the lyrics and meaning behind it. There is no relationship that is perfect. True love is the ups and downs, the differences, the pet peeves that drive us crazy- they end up being the things you can’t live without! It HAD to be you because ‘nobody else gave me a thrill, with all your faults I love you still.'”

She continued, “Nick and I were extremely different. We fought, we broke up, we rarely saw eye to eye and we liked different things! Yet, there was undeniable magic between us that surpassed all those faults which is why we connected to this song so much. Last week I danced for myself. This week, I’m dancing for you Nick.”

Before her premiere performance, Amanda revealed that her friend had a dream about her late husband, and he was there with Amanda in spirit. “She’s very spiritual, and she had this dream and Nick told her to tell me that he would be on the left in the second tier of the balcony,” Amanda told reporters, including HollywoodLife, after the premiere. “She’s told me a lot of things over the last year that are all very, I don’t know, true and special and so I love that. It’s like I looked up there before we went out and danced and felt like he was with me.” 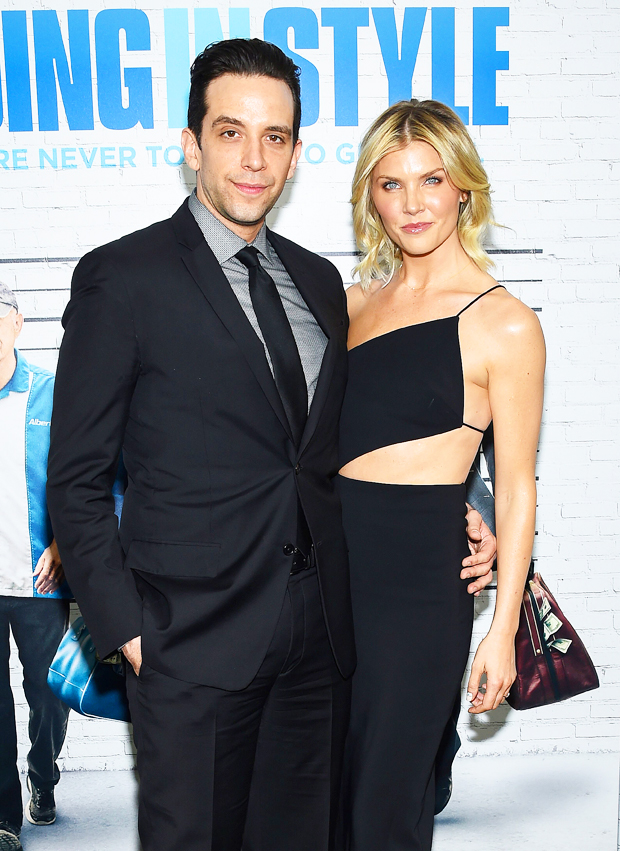 Nick was a Tony-nominated actor best known for his roles in Bullets Over Broadway and Waitress. He battled COVID-19 for months in 2020 before passing away in July 2020 at the age of 41. Nick is survived by Amanda and their adorable son, Elvis, now 2.

Amanda also admitted that she feels “very lucky” to have Alan as her DWTS partner. “I feel like I’ve known him forever,” she gushed to reporters. “He is very tough. But also very fun, and I feel like we gel really well together. Our energies really gel together. I’m very lucky.” Dancing With the Stars season 30 airs Mondays on ABC. 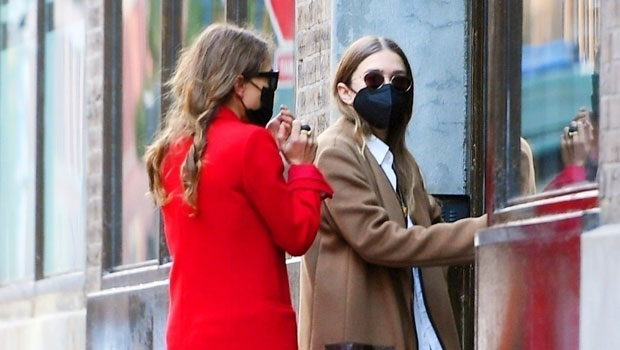 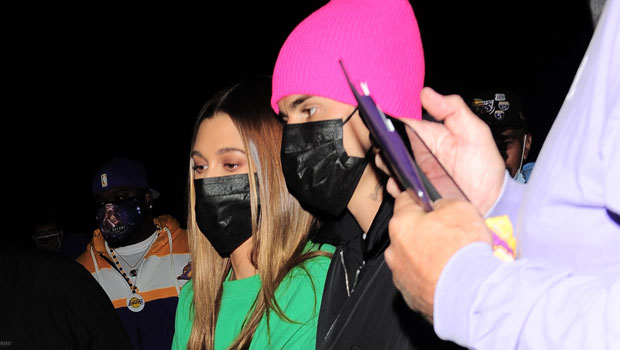